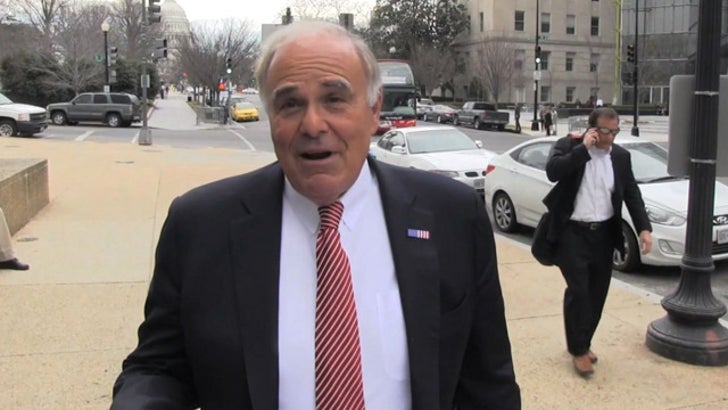 Don't count out Michael Vick just yet -- the guy could still be a STARTER in the NFL, so says the former Governor of Pennsylvania ... who says he wishes Vick well after his stint in Philly.

FYI -- Vick is a free agent and there's rumors that he's accepted the fact he might have to resign himself to being a backup if he wants to keep playing in the league.

But ex-Gov. Ed Rendell is taking issue with that ... telling us the guy could still be the #1 for a handful of teams including the Jets, Raiders and Vikings.

His sports knowledge is actually pretty damn impressive for a politician (especially when he starts talking about the 76ers).

Terrell Owens should take note -- not every ex-Eagle gets run out of town.