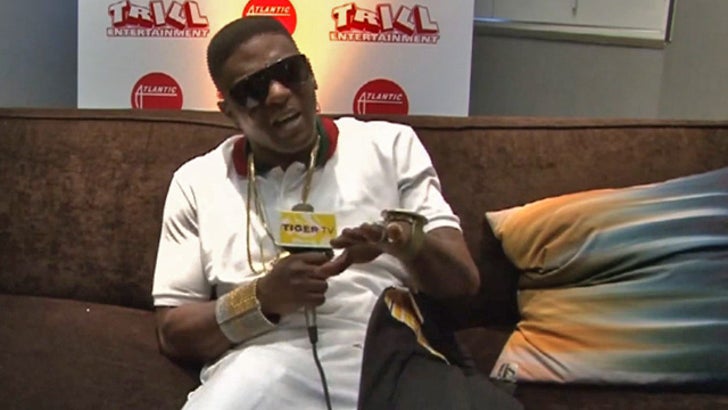 Now that he's finally free, Lil Boosie is working on the important things in his life -- starting with fixing the LSU football program.

The Baton Rouge rapper was talking to the LSU student TV network a couple of days ago ... when he declared war on Alabama head coach Nick Saban.

"Nick Saban gettin' all our recruits," Boosie said ... "We need to bring back them #1 players and get it back together man."

In fact, the rapper even makes a recruiting plea to undecided high school football stars -- "put on that yellow jersey!"

Before he finished, Boosie reaffirmed his love for the Tigers -- saying, "I'm gonna bet the house on LSU ... win lose or draw."