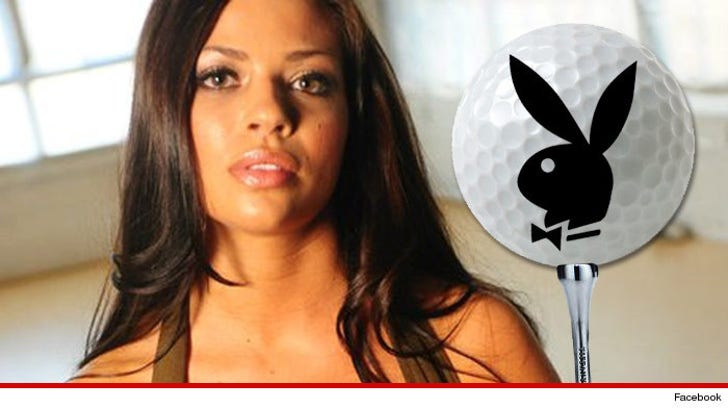 A hot chick is suing Playboy and a golfer for coming up with a cockamamie stunt -- placing a golf tee in her butt and then trying to drive a ball off of it. It didn't end well.

Liz Dickson claims in her lawsuit she was at an L.A. area golf course back in March, 2012 for a Playboy tournament, when she was instructed to lie on her stomach and pose for a photo with comedian and radio host Kevin Klein.

Dickson says a golf tee was placed between her butt cheeks and a golf ball was balanced on the top of the tee. Klein then took a whack, but his swing sucked and he whacked her in the ass.

Dickson claims she suffered severe injuries, some of which are permanent. We're assuming the tee was removed.