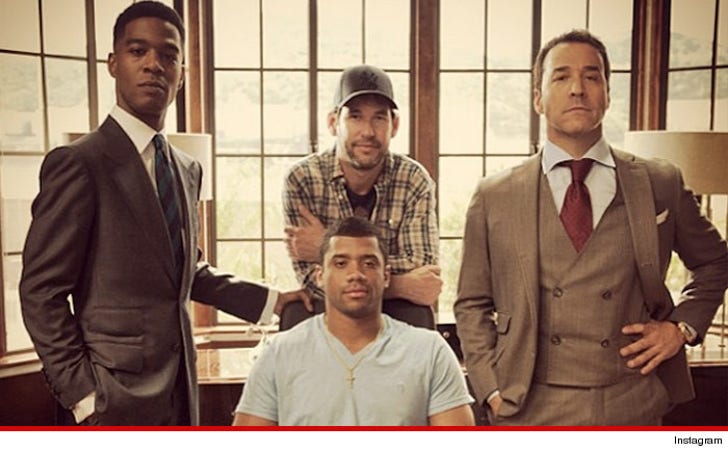 Rob Gronkowski might not be the only athlete with a role in the "Entourage" movie ... 'cause Russell Wilson was spotted on set today and all clues point to cameo.

The Seattle Seahawks quarterback posed for photos with members of the cast -- including Jeremy Piven and Kid Cudi, who's reportedly playing Ari Gold's new assistant.

Piers Morgan was also spotted on set -- no word if he's in the flick or just hangin' out. We already told you Gronk's confirmed to be in the flick. 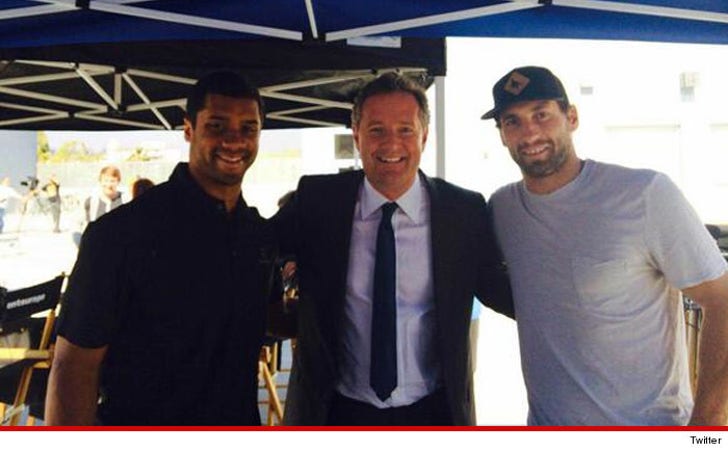 As for Wilson -- it pays to win the Super Bowl ... first Letterman, then kickin' it with Jay Z, now a possible movie role?!