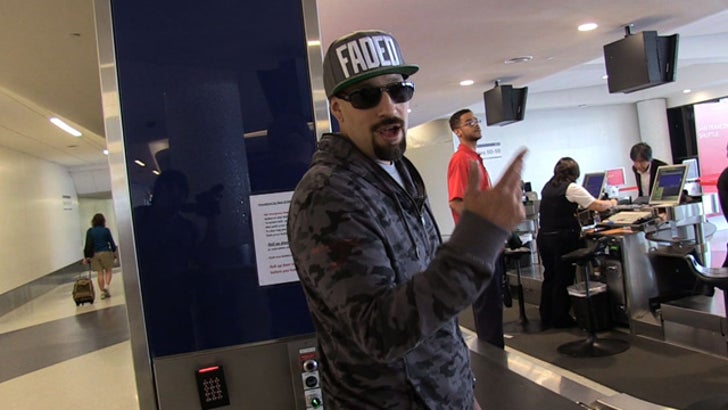 B-Real is no Aaron Paul -- telling TMZ Sports he REFUSES to give up on his Lakers ... even though they were the first team eliminated from playoff contention.

The Cypress Hill rapper is a huge fan of the purp and gold ... and says a true fan should stick with their team through the good times and the bad (right now, it's really bad) ... unlike Paul who gave up on the Broncos the day after the Super Bowl.

He also tells us why he thinks it's GOOD that Kobe's hangin' em up for the rest of the season.