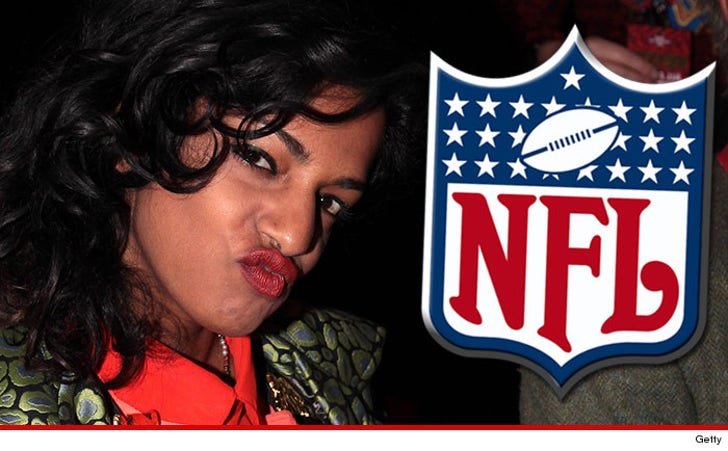 M.I.A. says the NFL is overreacting big time in their legal war over the middle finger she flipped during the 2012 Super Bowl Halftime show ... and the proof is in Prince's giant penis guitar.

M.I.A. just filed new legal docs saying the NFL's demand for $16.6 MILLION in restitution and damages over the rapper's live 1-bird salute is completely baseless -- since the league already has a reputation for airing risque halftime performances.

Her proof -- M.I.A. says the reputation was built by Super Bowl legends like Michael Jackson who "repeatedly grabbed or fondled his genitalia" during his famous 1993 performance.

M.I.A. says the "genitalia adjustments" were a well-known part of his act at the time and the NFL reveled in the edginess.

There's more ... M.I.A. also points to Prince -- who, in 2007, stroked his guitar like it was "an erect oversized phallus" in what some people consider the gold standard of Super Bowl Halftime shows.

M.I.A. says the NFL knew Prince was planning to get all strokey before the show ... and green-lit the performance anyway. 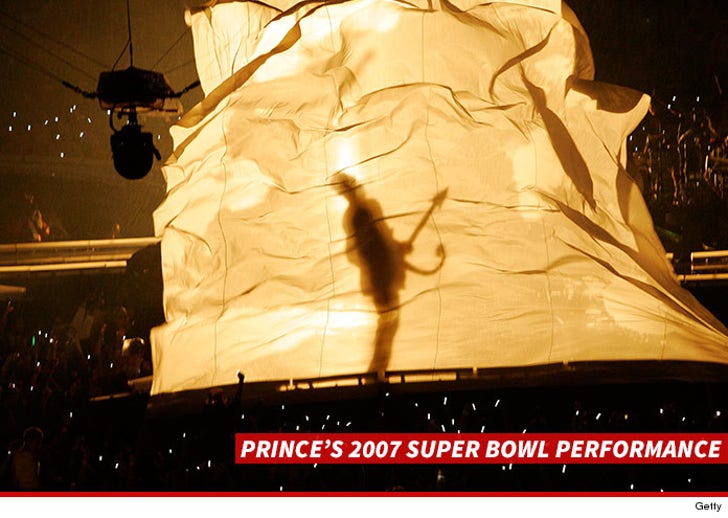 M.I.A.'s ultimate point is that there is no harm in airing a middle finger -- it won't damage the league or prevent sponsors from paying top dollar for commercial spots.

So far, no comment from Prince or his giant penis guitar.