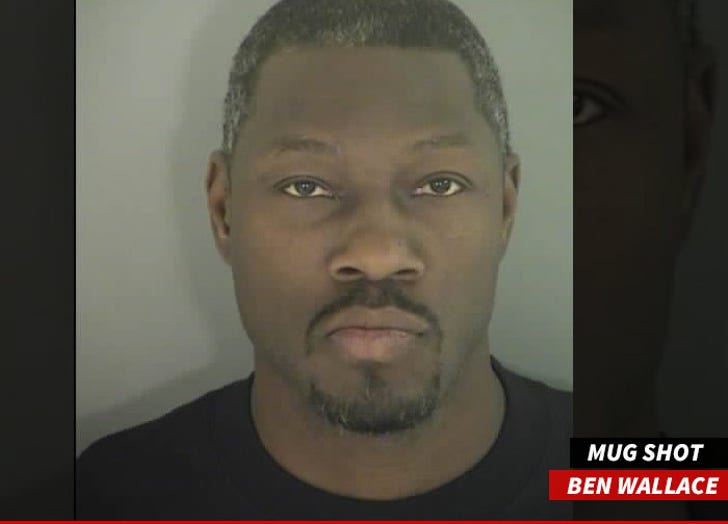 Former NBA superstar Ben Wallace is currently behind bars in Virginia stemming from a hit-and-run incident in February.

The ex-Detroit Pistons tough guy had appeared in court Tuesday wheer he plead no contest to leaving the scene of a crash in Henrico County, VA on February 8th.

According to police, a vehicle registered to Wallace crashed through a fence outside of a home on a busy stretch of road and then fled the scene ... leaving his SUV unattended at the home.

During the court hearing, Wallace was sentenced to one year behind bars ... but the judge will only require him to serve two days.