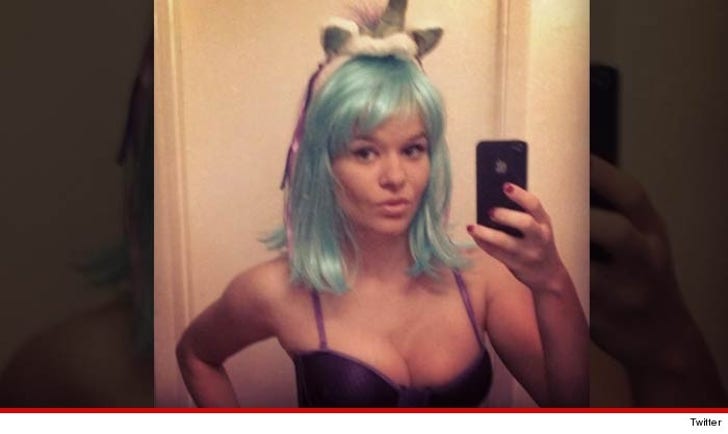 "Big Brother" season 11 star Dr. Michele Ross had a ROUGH weekend at the hospital ... she claims she got placed on a psychiatric hold after doctors ignored her desperate pleas for help.

Ross (who went by Michele Noonan on the show) tells TMZ ... she rushed herself to Kaiser Permanente Medical Center in L.A. Friday after suffering terrible pains related to her endometriosis (a uterus problem). Ross says doctors were about to discharge her without performing a laparoscopy to help diagnose the source of the pain when she told them, "I am in so much pain I want to die."

Well once doctors heard "want to die" ... Michele claims they treated it as a suicidal threat and immediately placed her on psychiatric hold. Ross claims she was locked in a room with security standing guard at the door ... until a psychiatrist came to evaluate her.

Ross says she was finally allowed to leave Saturday ... but not until hospital staff threw away the prescription pot brownies she had. And she says she never got the procedure she wanted.

She tells TMZ ... even though she's a neuroscientist, she gets treated like a crazy person because she has blue hair. Or as we like to call it ... Bynesism.

Ross tells us she's considering legal action. Calls to the hospital were not returned.