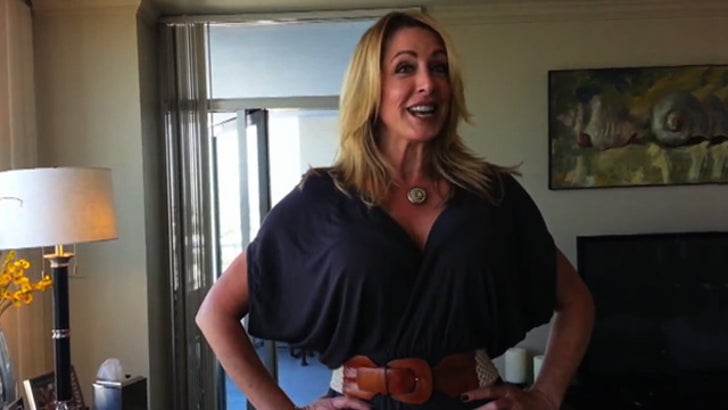 "The Real Housewives of Beverly Hills" is desperately trying to find a new cast member ... and TMZ has learned they've extended their reach to Hazzard County.

Elly Schneider -- wife of John Schneider (aka Bo Duke) -- tells TMZ John's agent was contacted by honchos at RHOBH to see if she was interested in submitting an audition tape.

As we previously reported -- two of the RHBH stars are on the chopping block -- and producers are looking for fresh meat to throw to the wolves.

So here are the problems with Elly. First, she lives in Santa Monica, and Andy Cohen hasn't done that show yet. Second, she's not a housewife .... because she and John are separated, although he weirdly inserts himself in the audition tape.

The General Lee would look awesome pulling up to Mr. Chow.

A rep for Bravo just got back to us and said they weren't the ones who reached out to Elly.