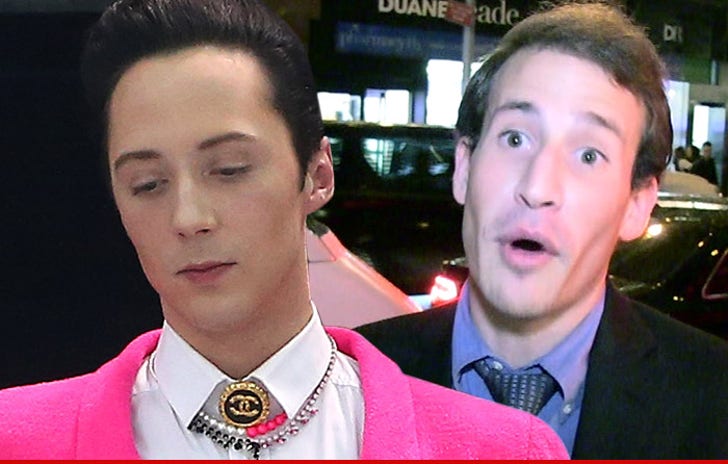 Johnny Weir has been gracious about his divorce from husband Victor Simon Weir-Voronov ... but TMZ Sports has learned the breakup is not just bitter ... it's vicious, with allegations of a shakedown.

Sources connected with Johnny tell TMZ Sports ... on Wednesday Victor's people called Johnny's lawyer and said a media outlet had contacted them offering money for an interview. Johnny's people say Victor's lawyer said his client would turn down the interview IF Johnny paid him $25,000 for lawyers fees, plus support.

Victor's people admit they did mention the interview and asked for support ... but the 2 were not connected.

And there's more. Victor claims Johnny blindsided him ... that he found out only Tuesday Johnny filed for divorce. But sources connected with Johnny say Victor is lying.

We know Victor is already on his second divorce lawyer. Johnny's people say that doesn't sound like a guy who just found out. 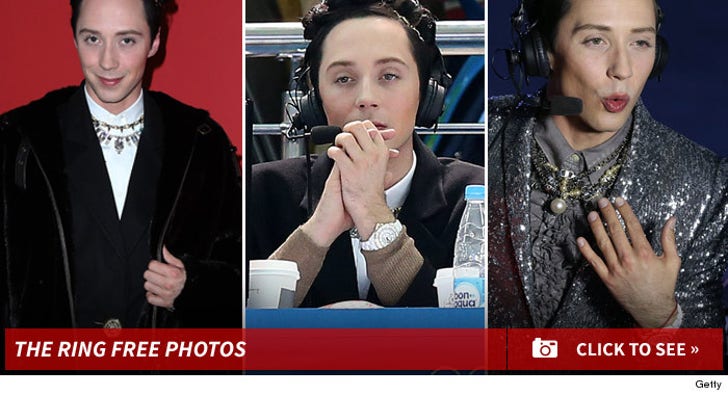 Our Johnny sources say Weir told Victor he was going to file for divorce BEFORE he left for the Olympics. We know Johnny's divorce docs were signed January 28, and he left for Sochi 2 days later.

Check out the pics of Johnny during the Olympics. He's NOT wearing his wedding ring.

The divorce docs were actually filed with the court February 12. Our Johnny sources say Weir told Victor shortly after he pulled the trigger that the docs were in court. Sources connected with Victor say BS ... they both threatened divorce for the last year, but Victor never knew Johnny would go through with it.

To show how bitter it's gotten ... Johnny is asking the judge to make Victor pay his lawyer's fees and other costs connected to the divorce.