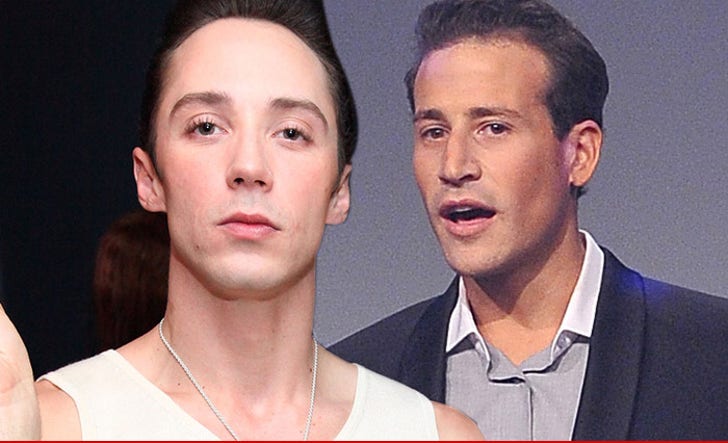 Johnny Weir got too busy to take a vacation -- and it PISSED OFF his husband ... and that was a major reason the couple split up ... TMZ Sports has learned.

Sources close to the couple tell us ... Johnny and husband Victor Voronov have been having issues for a while -- but were hoping to spend some quality time together on a long, relaxing vacation.

We're told Victor supported Johnny and his career, but the couple had only seen each other 2 or 3 times in the past month and it was taking a toll on Victor.

Victor has been telling people there was a vacation ultimatum -- but Johnny was simply too busy to take time off for a getaway ... and we're told that was the final straw.

Johnny announced Wednesday the couple had split up after more than two years of marriage.