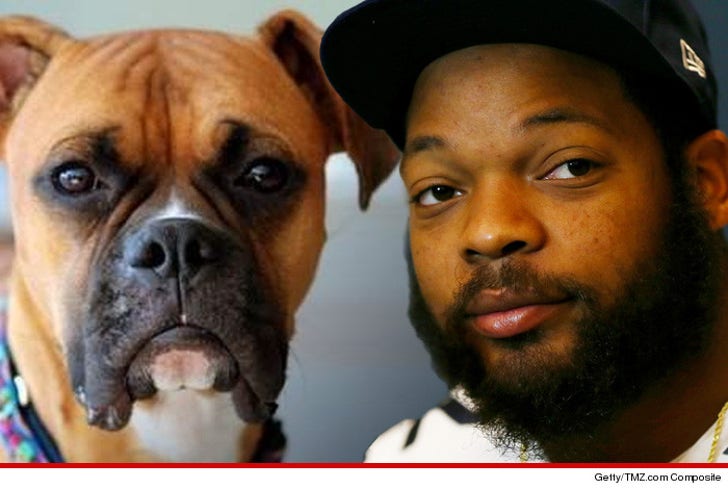 It's a good thing Seattle Seakhawks superstar Michael Bennett just signed a brand new $28.5 million contract ... 'cause a judge just ordered him to PAY UP for abandoning a puppy last year, TMZ Sports has learned.

We broke the story ... Bennett was sued by the Lucky Dog Boarding Facility ... after the 6'4" defensive lineman dropped off his boxer, Koa ... and never came back for the little guy.

Lukcy Dog said they tried like hell to get ahold of Bennett, but he kept blowing them off ... and never even paid the bill.

FYI -- the judge also said Bennett will have to pay interest for every day he continues to duck the bill at a rate of 4.75% per year.

If he doesn't pay up, a collections agency could try to seize his assets.

We reached out to Bennett for comment. So far, no word back.