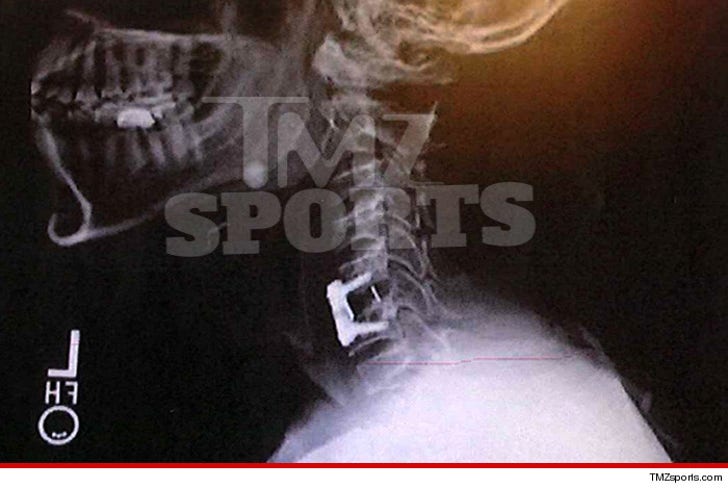 The man who claims he was attacked by Shaquille O'Neal says the injuries to his neck and spine were so bad, he needed major surgery to repair the damage ... and says X-rays show just how bad it was.

TMZ Sports has obtained one of the X-rays, which Rob Williams' lawyer says was taken after a November surgery to correct a herniated disk, suffered in the alleged Shaq attack at Turner studios in May '13.

Rob's attorney, William J. McKenny tells us his client required 4 screws and a metal plate as a result of the alleged "punch-tackle" ... and says he's still in serious pain.

While Shaq insists the two were simply horsing around, Rob's attorney tells us his client was simply standing outside the break room, looking at his cell phone when Shaq came out of nowhere.

Williams filed a police report against Shaq for assault and battery. Cops are investigating. No arrests have been made, no charges have been filed.