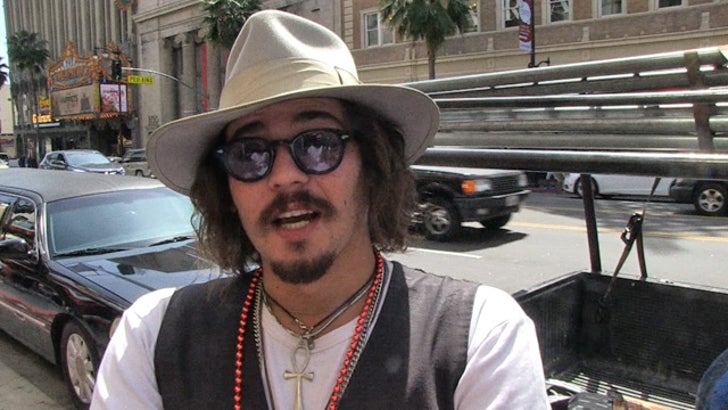 The man court staff believed was Johnny Depp when he got married on the courthouse steps says even though he's a newlywed, he'd still do the dirty with the real Johnny's real fiance.

Erez Peretz, was back on the streets of Hollywood -- where he makes his living impersonating Johnny -- one day after exchanging vows with his wife.

Fake Johnny says his wife isn't the jealous type ... and even though we didn't see her, she sounds like a babe. She works nearby on Hollywood Blvd. as a fake Playboy bunny.

In Hollywood, boob don't have a corner on fake. 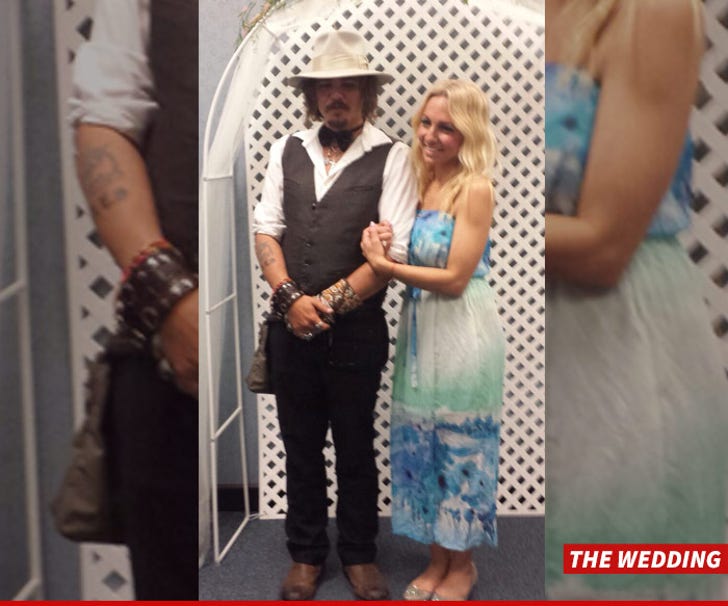