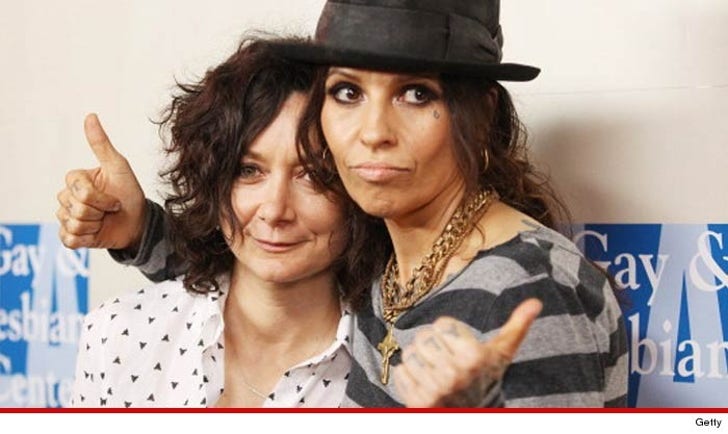 I went to an 80s rock concert this weekend and a wedding broke out ... is how guests at the nuptials of Linda Perry and Sara Gilbert must have felt ... because the affair was JAM PACKED with rock performances.

Perry and Gilbert tied the knot in Malibu on Sunday, after announcing their engagement a year ago.

According to our sources, Sharon Osbourne, Julie Chen, Aisha Tyler, Steven Tyler, Juliette Lewis and Tobey Maguire were all in attendance.

But the stars of the show were the people who took the stage, backed by 80s cover group Flashback Heart Attack:

Our sources say Linda MC'ed the whole show and the stage was mocked up to look like the classic rock club CBGB.

Way better than dancing the hora.