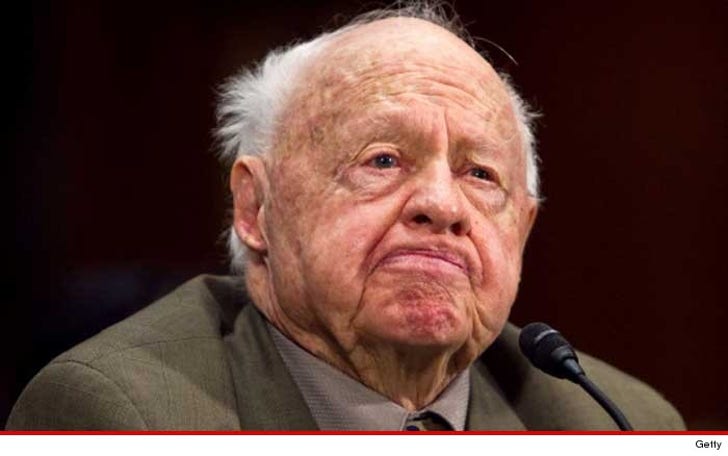 Mickey Rooney, who spent nearly his entire life in show business, died today. He was 93.

Rooney had been in ill health for quite some time. We're told death was attributed to natural causes.

He was one of the most famous child actors in entertainment history. He played the role of Andy Hardy in more than a dozen classic MGM films.

Rooney also teamed up with Judy Garland for "Babes in Arms" which was a huge hit back in 1939.

He was the first teenager ever to be nominated for an Oscar for his leading role in "Strike Up the Band" in 1940.

Rooney and Elizabeth Taylor starred in one of the biggest movies of the 40s -- "National Velvet" -- which launched Taylor's career.

Rooney also starred with Audrey Hepburn in "Breakfast at Tiffany's."

Rooney appeared most recently in "The Muppets" in 2011 with Amy Adams and Jason Segel and "Night at the Museum" in 2006 with Ben Stiller.

Rooney's last few years were filled with family strife. He claimed elder abuse at the hands of his step-son Chris Aber and won a $2.8 million judgment against him last year for siphoning money from his accounts.

Rooney testified before the U.S. Senate to discuss his personal story of abuse.