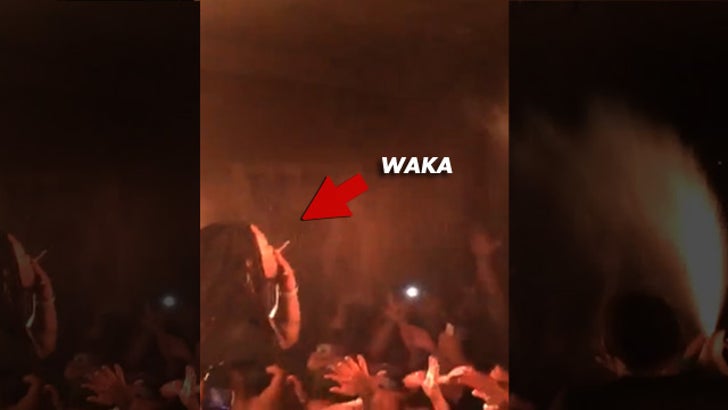 Mother nature tried her best to ruin a Waka Flocka Flame gig on Friday night ... so the rapper said screw it, and took his outdoor show INSIDE AN ACTUAL LIVING ROOM!

Waka -- no stranger to sell out arena shows -- had a concert Friday at the University of Alabama's Delta Chi fraternity ... and it was supposed to be held in the backyard.

However, promoters say they were forced to move things into the living room when rain got too intense -- and based on the video, it looks the scene change made for a bad ass concert.

Waka requested 40 bottles of cheap champagne for the event -- which ran the frat over $25k.

Cleaning up your living room after a Waka concert ... priceless. (If they cleaned it, but you know they didn't) 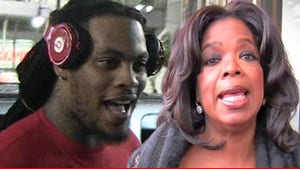 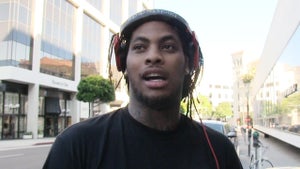 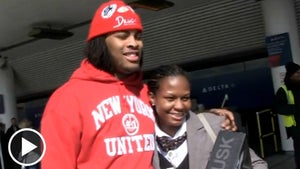 Waka Flocka Flame -- Airport Giveaway Is Just How He Rolls