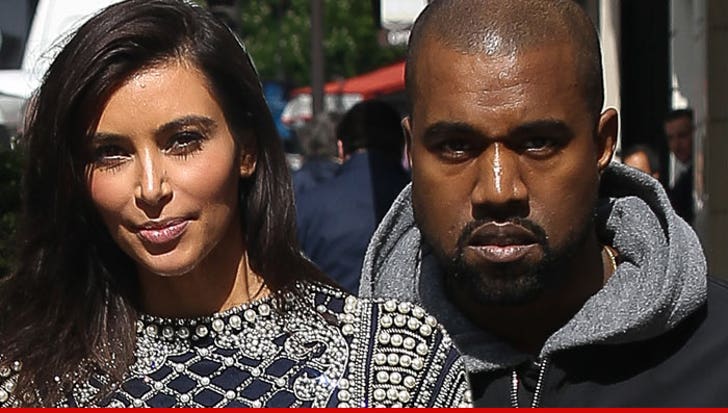 Kim Kardashian and Kanye West are doing something that seems to go against their DNA ... getting married PRIVATELY and without fanfare, and we're told it's going to happen this week.

Sources connected with the couple tell TMZ ... they already have a marriage license and plan to tie the knot before the week is out.

We're told it's strictly on the QT ... so much so they got a "confidential" marriage license so no one officially knows.

Sources tell us ... with a confidential license, K&K won't have to appear publicly at a courthouse to get married ... instead, an official from the court will actually go to them and perform the ceremony privately in their home.

And then, in about a month -- after they're already legally married in California -- we've learned Kim and Kanye will hold a lavish, blow-out wedding ceremony in Paris.

They got engaged on Kim's birthday ... October 21.