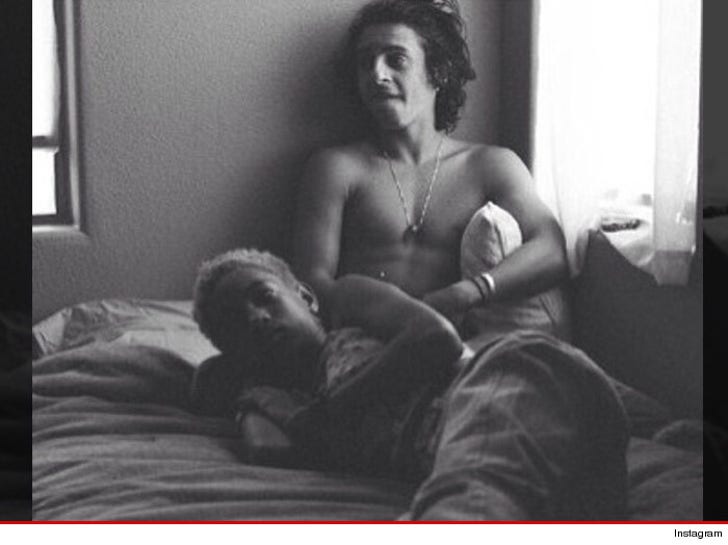 Will Smith's 13-year-old daughter took a pic in bed that's raising a lot of eyebrows ... because she's laying next to a topless 20-year-old man.

In the photo ... Willow Smith is in bed -- fully clothed and on top of the covers -- and an actor named Moises Arias is sitting next to her sans shirt.

Moises -- best known for his role as Rico on "Hannah Montana" -- and Willow don't appear to be touching each other in the black and white shot he posted on Instagram ... still it's a strange scene.

Moises eventually deleted his IG post -- but other people have reposted it and called the image perverted.

It appears the pic was taken by Moises and Willow's friend ... who posted the bed photo and several others of Willow, Jaden Smith and the Jenner girls.

We've reached out to Will and Jada Pinkett Smith's reps to find out what's going on -- but haven't heard anything back yet.