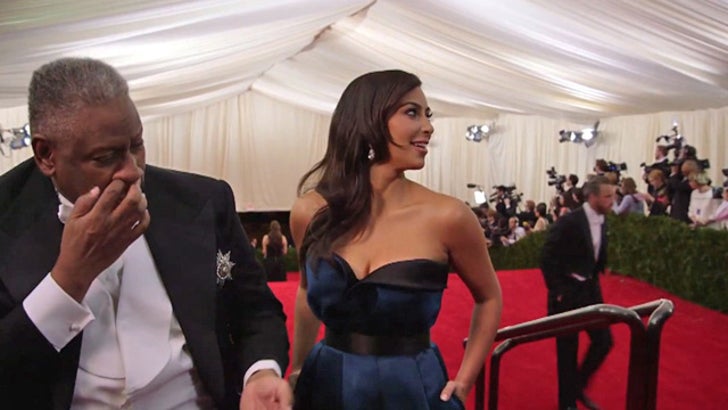 Former Vogue honcho Andre Leon Talley is definitely our pick of the week.

Talley dug deep during his interview with Kim Kardashian and Kanye West during Monday night's Met Gala ... and then touched the golden couple with his fool's gold.

It's unclear how much time passes before the dig and the touch, but Talley is clearly seen touching Kim's shoulder as he kisses her goodbye ... before using the same hand to shake Kanye's.

Kim did seem a little nasally after the interview.