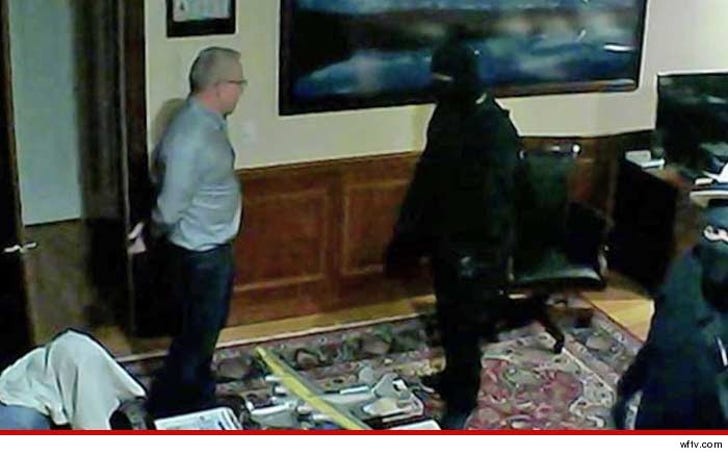 Where's Superman when you need him? Joey Fatone's famed "MTV Cribs" house -- the one with an entire room dedicated to the Man of Steel -- has allegedly been hit by a few NINJA BURGLARS ... but police arrested the suspects before any real damage was done.

A rep for the Orange County Sheriff's Office in FL tells TMZ, the three suspects were arrested Monday evening outside the 12,300 square foot 6-bedroom mansion ... after cutting through the fence.

Police say the men were dressed in all black ninja-type outfits and were carrying backpacks containing zip ties, duct tape, and handguns. According to police, one of the suspects fled and hid in nearby bushes ... but was quickly sniffed out by a K-9.

Cops believe the burglars are the same perps who burglarized a nearby home last month ... also dressed as ninjas. That break-in was caught on tape (above).