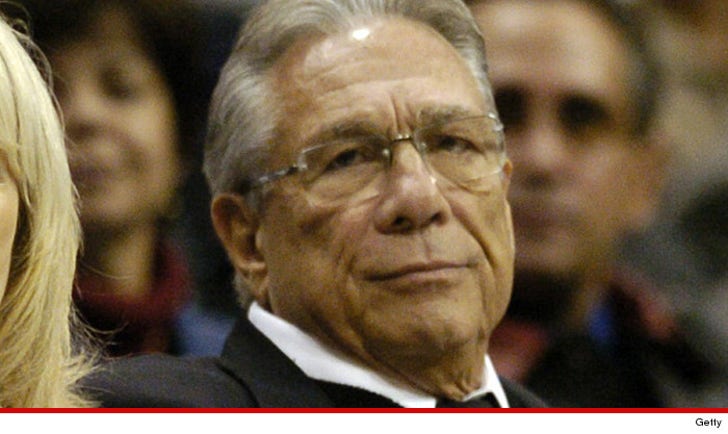 Donald Sterling has Alzheimer's and that's why doctors declared he is incompetent to have a voice in the sale of the L.A. Clippers ... TMZ Sports has learned.

Sources connected with the Sterling family tell TMZ ... the trust agreement that governs the family's ownership of the team provides if 2 qualified doctors determine either Donald or Shelly shows "an inability to conduct business affairs in a reasonable and normal manner" ... they will then be stripped of control over the team.

We're told earlier this month Donald agreed to an examination by 2 prominent neurologists. He underwent extensive tests, including a CT and PET scan. We're told both doctors diagnosed Donald with Alzheimer's and concluded he may have had the disease for as long as 5 years. The doctors both concluded he did not have the ability to conduct the business of the team.

Under the trust agreement ... the doctors' conclusions were enough to strip Donald of control.

Our sources say Donald can appeal the doctors' conclusions to the California Probate Court.

One interesting thing ... TMZ Sports broke the story ... on May 22 Donald signed a letter written to NBA Commissioner Adam Silver relinquishing control of the team to his wife Shelly. It's unclear if Donald's lawyer will now argue the letter is invalid because of Donald's mental incapacity.

The problem for Donald -- if his lawyer argues mental incapacity, under the trust agreement he automatically loses control over the team. So it's a Catch-22 for Donald.