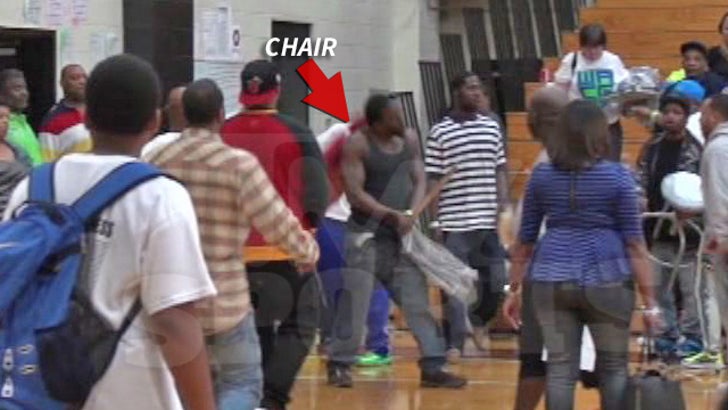 Master P's youth basketball game got straight up WWE ... when a fight broke out on the court and someone in the crowd got HIT WITH A STEEL CHAIR ... and TMZ Sports has the insane footage.

It all went down back in March when P was coaching his team, The P Miller Ballers at a tournament at a high school gym in Tennessee.

It's unclear what started the brawl ... but it escalated VERY quickly -- with one very large man getting SMACKED over the head by a guy wielding a steel chair.

The guy who got hit didn't go down like they do in wrestling -- and fought back against the chair-wielder.

The Nashville Police Department tells us ... cops responded to a call about a "large fight" in the gym and quickly took control of the situation.

We're told no arrests were made -- but 2 people (a 46-year-old woman and a 37-year-old man) were treated at the scene for apparent minor injuries.

For the record, it doesn't appear Master P was involved in any of the fighting.

Still, Mick Foley would be proud ...