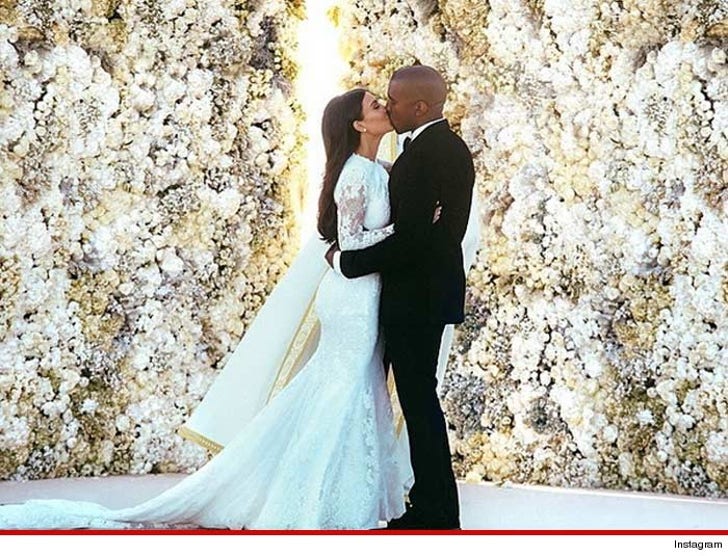 Annie was supposed to shoot the pic but she pulled out entirely the day before the wedding. Kanye says she claimed she was "afraid of celebrity" -- a weird statement because Annie's brand is all about celebrity.

Nonetheless ... the pic was taken but not perfected, and Kanye says he and Kim spent 4 days -- yes, 4 DAYS -- screwing with the pic because the flowers were "off color."

Kanye -- speaking at a conference in Cannes -- says the extra work pissed off Kim during their honeymoon, saying ... "She was exhausted because we worked on the photo so much."

The photo ended up being the most popular pic ever on Instagram -- almost 2 million likes and 35,000 comments.