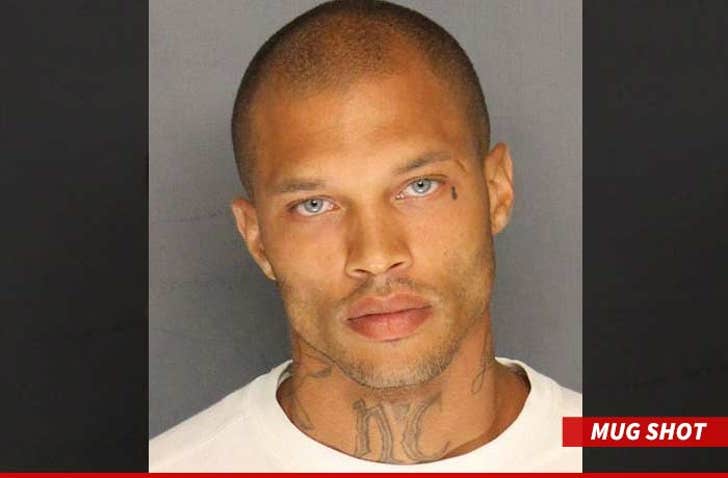 He may be the hottest criminal since Armie Hammer ... people are going nuts for accused weapons offender Jeremy Meeks.

Those eyes are hijacking Twitter. The 30-year-old Stockton, CA convicted felon is being held on $900,000 bail for illegally possessing firearms and ammo, carrying a loaded firearm in public and criminal street gang activity. The specific charge is street terrorism.

Another guy -- Terry Bailey -- was arrested during the same police sweep, but his mug shot generated only 14 likes and 4 comments. 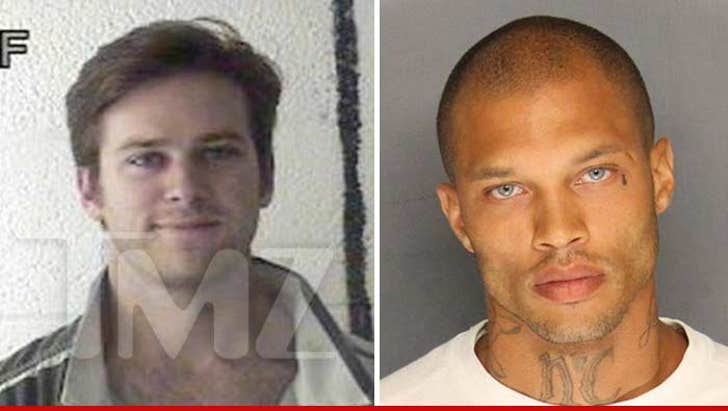