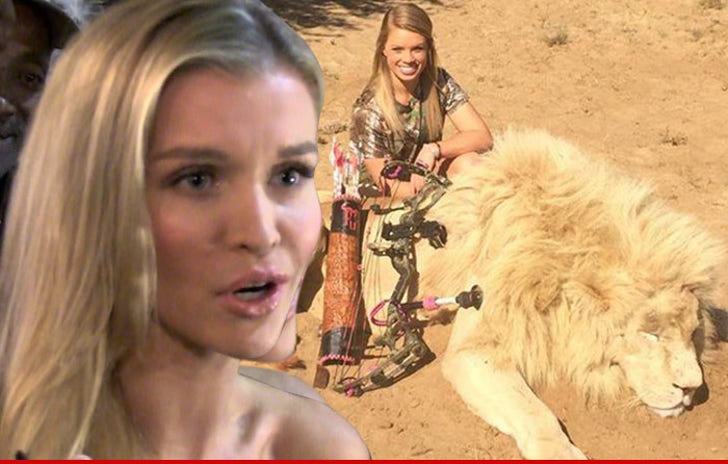 A 19-year-old Texas Tech cheerleader says she's received DEATH THREATS over her penchant for hunting exotic animals ... and one of the harassers is one of the "Real Housewives of Miami."

The woman in crosshairs is Kendall Jones -- a college sophomore who made national headlines after photos emerged showing some of the animals she's killed on safari including lions, elephants and leopards.

Cody tells us Krupa went on Instagram ... writing, "This bitch Kendall Jones killed this beautiful creature so she post a selfie! That lion is an endangered species .. breaks my f***ing [heart] not to mention he had a family .. I wish I can fly to Africa and shoot her ugly ass."

Cody says Kendall interpreted the message as a threat -- though she has NOT gone to cops because, "We're in Texas and we feel safe here."

"It’s not that we aren’t taking these threats seriously -- we just feel that these are baseless, and uneducated threats." We're told despite the backlash, Kendall says she will continue to hunt because she feels it's essential for population control and conservation efforts in certain parts of Africa.

She says none of the animals killed are endangered - and all of her hunting is done legally with permits issued by each African country they hunt in.