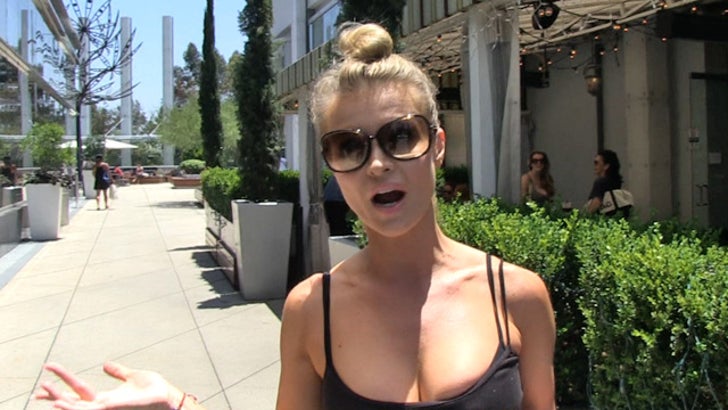 Krupa was on her way out of Equinox in West Hollywood Friday when she told us the post on her Instagram bashing Texas Tech cheerleader/safari hunter Kendall Jones was not original.

As we previously reported, Kendall's dad says they interpreted the message as a threat, but have no plans to file any sort of police report.

Who's Side You On?

The reality star does have an idea for a fair fight between the animals and the college sophomore.