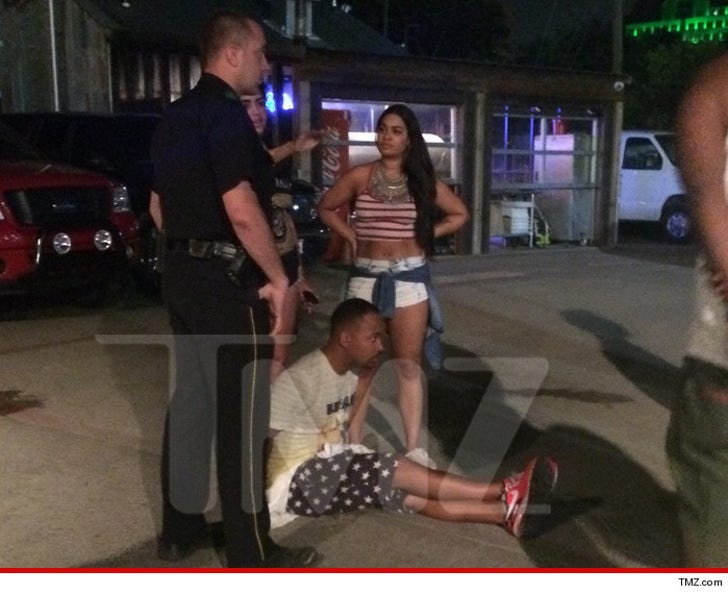 Columbus Short was surrounded by stars after he allegedly attacked off-duty cops during a 4th of July bar fight.

TMZ broke the story ... Short made it seem he was skipping out on his bar tab at Katy Trail Ice House in Dallas ... according to eyewitnesses. A security guard confronted him and Short became loud and physical.

That's when several off-duty Dallas cops tried to calm short down and he allegedly attacked them. Short was immediately busted for public intoxication.

The pic was taken outside the bar, before Short was hauled off to jail.

Here's happy Columbus inside the bar moments before he took it in the shorts. 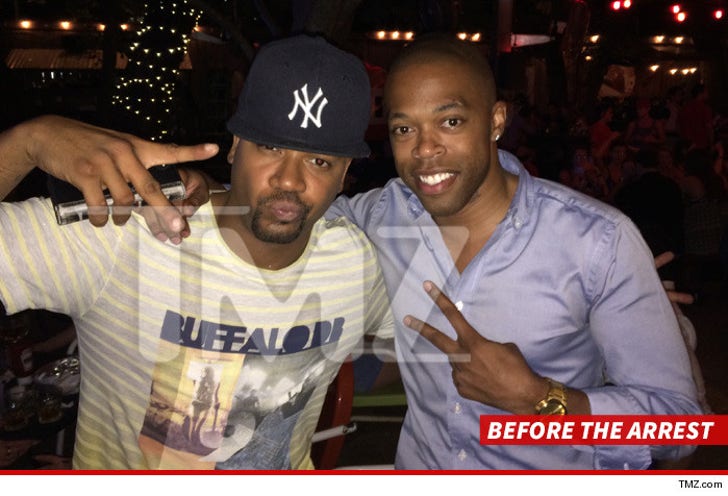 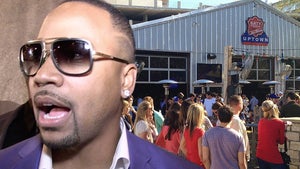 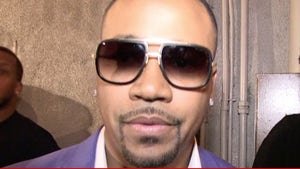