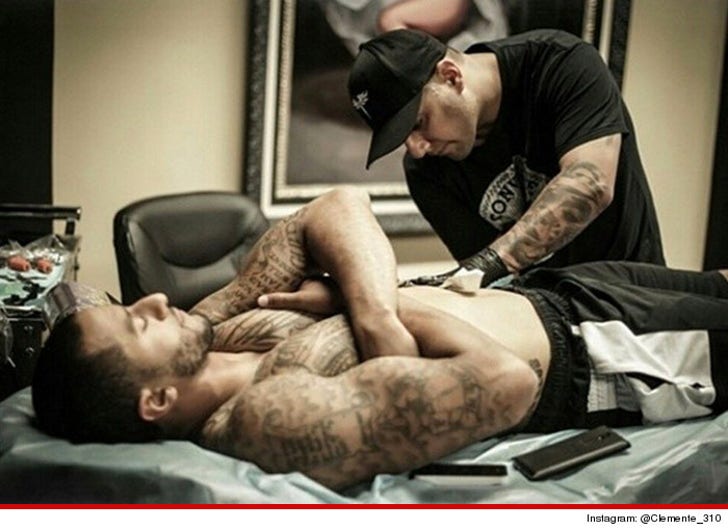 Colin Kaepernick's giant new tattoo took 27 long painful hours to complete -- over 3 days -- with one of the top celebrity tattoo artists in L.A. wielding the needle ... TMZ Sports has learned.

As we previously reported, Colin recently had biblical imagery symbolizing "money is the root of all evil" tatted on his left torso. Now, we've learned the guy who applied the tat is Carlos Torres of Timeline Gallery tattoo shop in L.A. ... an artist who's worked on huge stars like 50 Cent and Nas.

Torres tells TMZ Sports ... Colin initially reached out on Instagram to inquire about a session, after being referred through a friend.

"He sent me a drawing of his idea ... There was a lot going on so I simplified it. Not every piece of art makes a great tattoo, so I refined it so it'd be a great tattoo. But Colin came up with the concept."

Torres explains ... "We did three sittings. They were each eight, nine hours long. The side of the ribs are a painful area, but Colin laid there like a rock."

Torres wouldn't tell us how much Colin paid for the art work, but says he usually runs around $250 per hour ... and he still has a few hours of work left before Colin's tat is complete. So, figure CK's total bill will run upwards of $7,500.

Worth it ... especially when you just signed a $126 million contract. 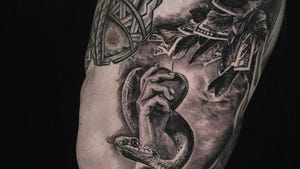 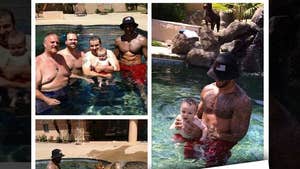 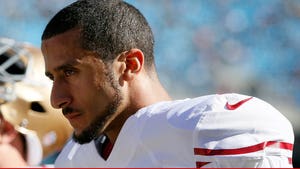