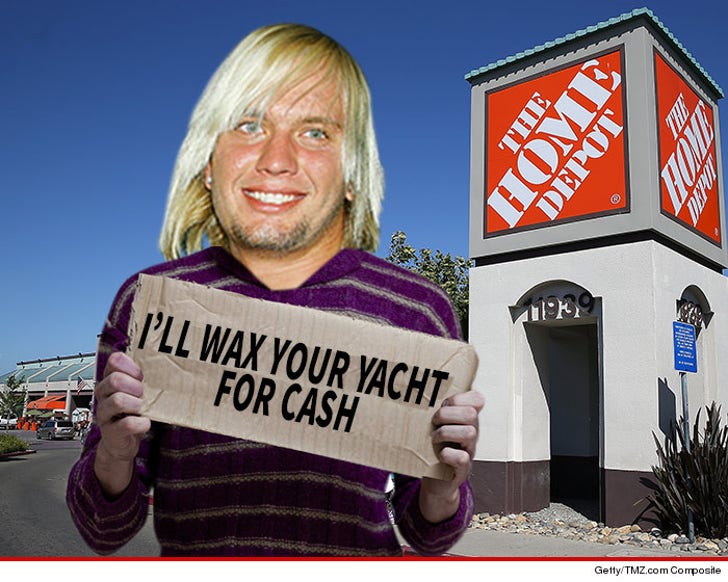 Linda Hogan treated her 19-year-old boyfriend like a guy holding up a sign at Home Depot ... this according a lawsuit he filed against her for $1.5 MILLION for his menial labor.

Charlie claims in his lawsuit -- obtained by TMZ -- Linda took advantage of their relationship and made him do all sorts of things, including wax the yacht, dig a creek and fertilize 25 acres of avocado trees.

Charlie's list of laborious chores goes on and on ... pulling reeds from the lake, construction, landscaping and running a chain saw team.

Charlie does not mention in the lawsuit ... he was living off Linda in a Simi Valley mansion on a lake.

But there's a twist. We've learned Linda and Charlie struck a settlement when they split -- he promised confidentiality and she let him keep his truck, dirt bike and the engagement ring he gave her. And he got $9K.

We're told Linda is now furious ... because Charlie did an interview violating the confidentiality agreement.

So Linda's lawyer, Ray Rafool, has filed a lawsuit against Charlie asking for an order gagging him. We reached out to Linda's rep, Gary Smith ... he had no comment.