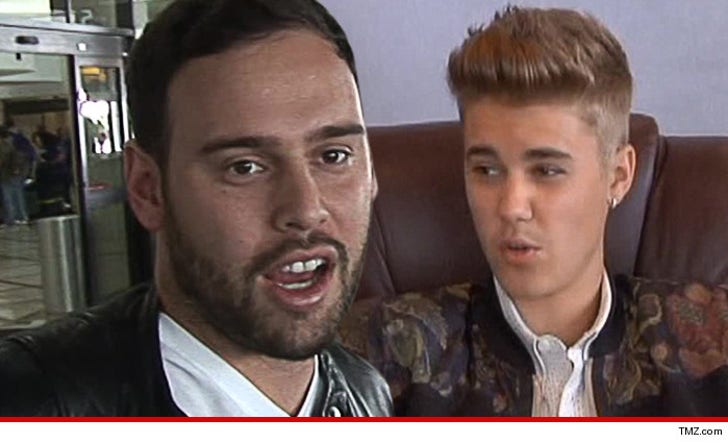 Scooter Braun turned the tables in his Justin Bieber deposition, attacking the photog's lawyer for making a shameless fame grab.

Scooter was being deposed by the lawyer for a photog who accused Bieber's bodyguards of beating him. TMZ got hold of the transcript, and it's pretty epic. As the camera is trained on Scooter, he turns the tables, asking the photog's lawyer, "Why is the camera not on you and only on me?"

Scooter then looks at his lawyer and says, "I think it's better if it's on him too, because then his voice
is not the only thing that's famous. He can be famous with his face, too."

In another exchange, Scooter blows off a technical question, sarcastically saying, "I'm not a lawyer, so I don't know what is public or what is sealed. I like to watch a lot of 'Law & Order,' and I'm a huge fan of Jack McCoy ... but I don't know if what he does is actual law, or just the stuff I watch on TV."

Then Scooter accuses the photog's lawyer of leaking Justin's video deposition saying, "It was entertaining what you provided to TMZ." 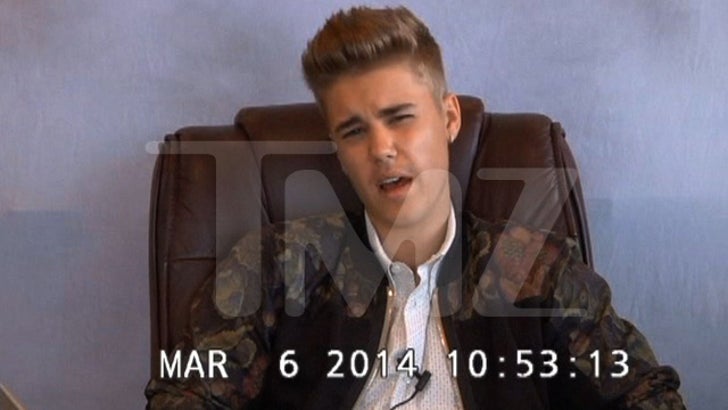 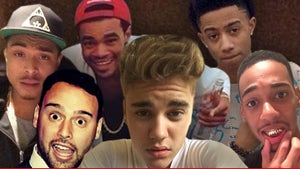 Justin Bieber -- Drug Use on Trial in Paparazzi Assault Case