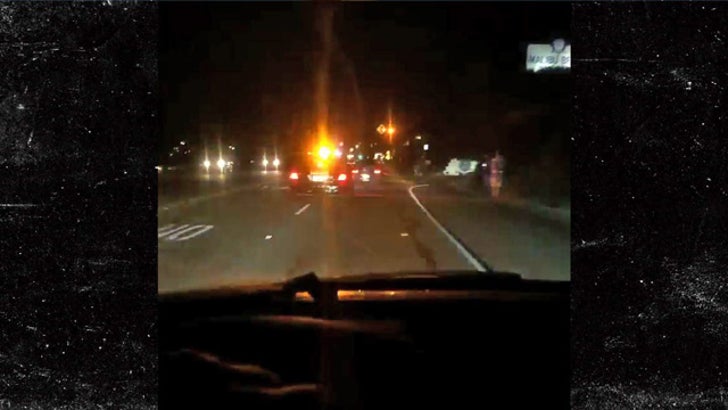 Bruce Jenner was busted by both the cops and his son Sunday night.

Bruce was driving on PCH in Malibu and doing a little quien es mas macho ... squealing his tires, and cops noticed. The squad cars lit up and Bruce was pulled over.

Turns out Brody Jenner was right behind and aimed his cell phone camera right at dad.

Cops told Bruce he had committed the crime of "Exhibition of Speed" -- aka showing off. They gave him a warning and let him go. 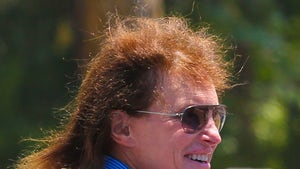 Bruce Jenner -- Mulls it Over in Malibu 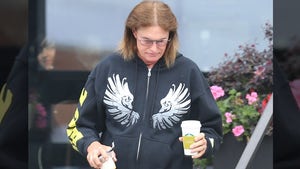 Bruce Jenner -- Gets 'Me Time' for Father's Day ... Famous Kids Too Busy 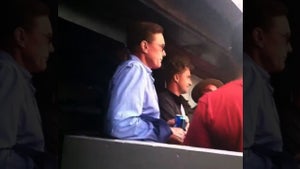 Bruce Jenner -- Just One of the Guys