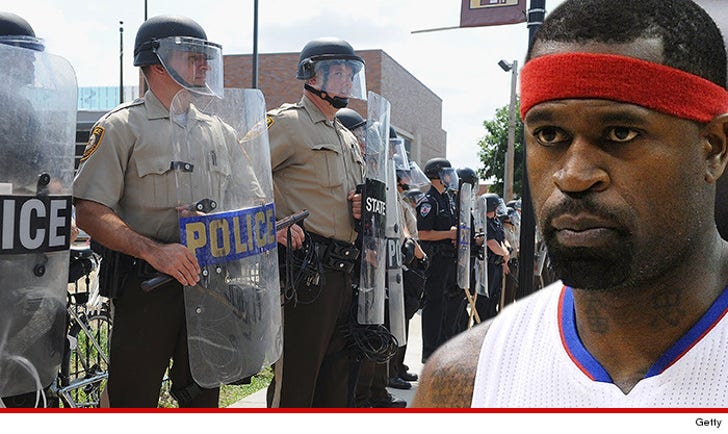 Stephen Jackson has no doubt the deadly shooting of Michael Brown was the heinous action of a cop who harbored racist feelings and waited for the opportunity to kill a Black man.

"You gotta be walking around holding on to that inside you. It had to be a dream of his to kill a Black man. Especially considering the head shots they say he fired."

Jackson says he's not surprised by the rioting because ... "When you lose someone like that it just reminds you of all the other people that you lost to this type of stuff."

He added ... the one positive he's observed is that it's not only Black people protesting. As Jackson sees it ... injustice is injustice, "It doesn't matter what race people are, they are going to react.”