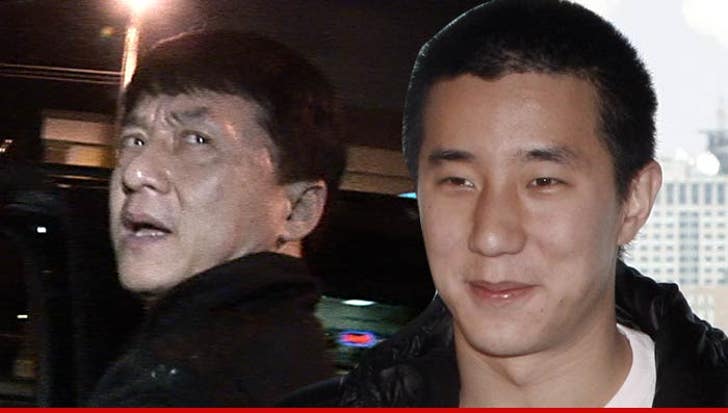 Jackie Chan says he's "VERY ASHAMED" of his son Jaycee -- claiming his 31-year-old son humiliated his family after getting busted for pot in China.

Chan's son was caught in a huge drug crackdown last week -- with cops saying they found about 3.5 ounces of the green stuff in Jaycee's Beijing home.

Now, his famous father has penned a bizarre letter to the public -- blasting his kid ... and essentially saying he FAILED as a father.

"When I first heard the news, I was absolutely enraged" ... Jackie wrote in a letter posted on his official website.

"As a public figure, I feel very ashamed; as his dad, I'm very sad and disappointed. But the person who feels heartbroken the most is his mom."

"I hope our younger generation will learn from Jaycee's mistake and stay far away from drug abuse."

"I would like to take this opportunity and say to Jaycee: you’ve done something wrong and you have to be responsible for the consequences. I’m your dad and I’ll always be with you. We will face the road ahead of us together."

"I should also take some of this responsibility because as his dad, I didn’t teach him well."

"Therefore, on behalf of Jaycee and myself, I extend our deepest apologies to everyone for the negative impact this has caused on society. Thank you." 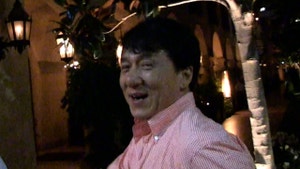 Jackie Chan -- I'm NOT Quitting Action Flicks After All 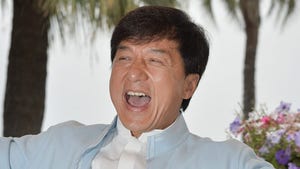