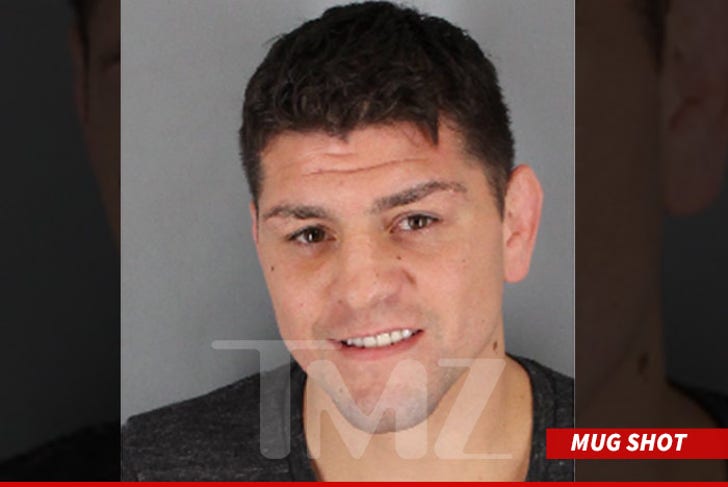 UFC superstar Nick Diaz was arrested for DUI in California last week -- and cops say to make matters worse, he attempted to "destroy evidence" by trying to make himself puke.

We've learned ... Diaz was pulled over around 2AM on Sept. 6th in Lodi, CA for a routine traffic violation -- and during the stop, cops say they noticed Diaz appeared to be wasted.

Diaz was taken to a nearby jail -- where cops say he went to the bathroom and attempted to make himself vomit in what seems like an effort to get the booze out of his system.

For the record, cops say Diaz was unable to pull his own trigger -- and never actually barfed.

He was eventually hit with 4 charges -- misdemeanor DUI, driving on a suspended license, obstructing a police investigation and destroying evidence.

Diaz -- who's supposed to fight Anderson Silva in January -- was eventually released on his own recognizance.

The UFC issued a statement saying they are aware of the situation and are gathering the facts.