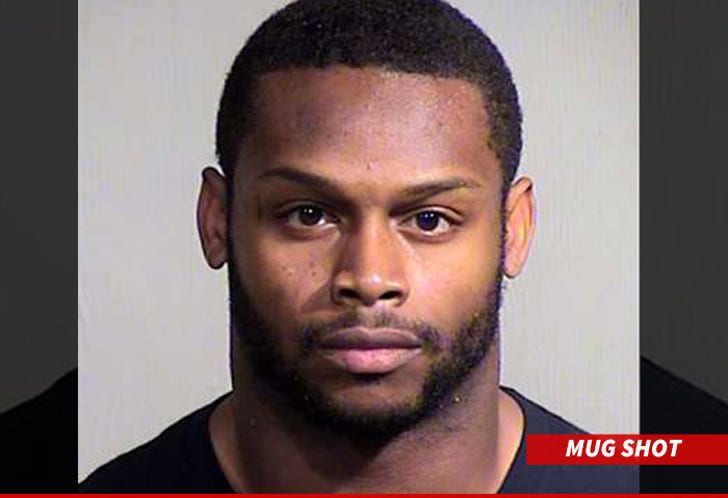 Arizona Cardinals running back Jonathan Dwyer is suspected of assaulting his wife in TWO separate incidents ... and is accused of breaking bones ... cops tell TMZ Sports.

According to police, the 25-year-old allegedly roughed up his wife at their home in Phoenix on July 21st and again on July 22nd.

Shortly after the incidents, cops say, Dwyer's wife left the state with their child.

A report was made with cops on September 11, 2014 ... and cops have been investigating ever since.

After investigators found probable cause, they arrested Dwyer on Sept. 17th for domestic violence in Tempe.

Cops say they interviewed Dwyer and he acknowledged the incidents -- but he DENIED any physical assaults.

The Arizona Cardinals tell TMZ Sports Dwyer has been deactivated from the roster.