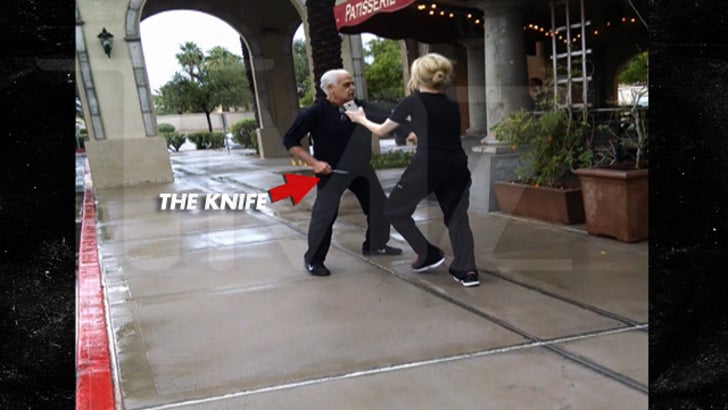 Amy's Baking Company founder Samy Bouzaglo -- who appeared on "Kitchen Nightmares" -- attacked someone with a knife outside his restaurant Saturday ... and the footage is CRAZY!

The person who shot the video says a drunk guy was eating at the Scottsdale restaurant when Samy's wife Amy Bouzaglo became enraged and ordered him to leave -- and he did.

But Samy wasn't done with him. The video shows him outside -- waving a knife -- going after the guy. You hear him scream to his wife, "Let me!"

We called the Bouzaglo's ... and they INSIST Samy was holding a pen -- not a knife.

And you thought Gordon Ramsay was intense. 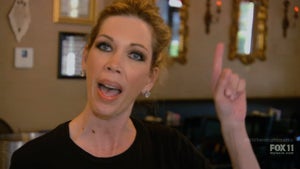 Amy's Baking Company From 'Kitchen Nightmares' -- All the 'Unics' Should ... LEAVE US ALONE!