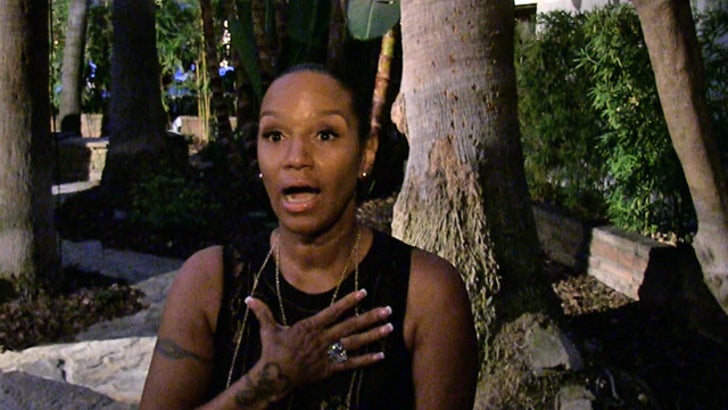 Former NBA star Doug Christie was SO PISSED when his wife leaked a topless photo to the Internet earlier this year, he almost ended the marriage ... so says Jackie Christie.

The "Basketball Wives: LA" star was out in Hollywood this weekend when she admitted to TMZ Sports that she was the person responsible for the topless getting onto the web back in June ... but swears it was an accident.

Still, Jackie says Doug was so mad about the debacle, that "[he] almost left me."

Check out the clip ... Jackie blames the whole thing on an Instagram screw-up -- but her story seems a bit fishy.

We'll explain why on the premiere of "TMZ Hollywood Sports" -- which airs TONIGHT on Reelz at 8PM ET, 5PM PT.