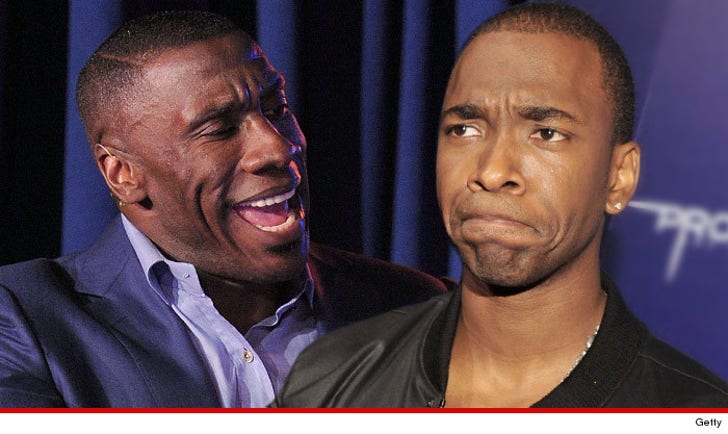 Not everyone was laughing at Jay Pharoah's impersonation of Shannon Sharpe on "SNL" this weekend -- especially not the former NFL star ... who say's Jay's impersonation was "horrible."

Jay played Shannon during a skit for the show's cold open -- in which Shannon and Ray Lewis were discussing the issues with the NFL ... including the issue of domestic violence.

During the sketch, Jay portrayed Shannon as a bumbling, confused imbecile ... who couldn't take a stand on the NFL issues because of his own legal issues in the past.

For the record, Sharpe was accused of stalking and raping a woman back in 2010 -- but he was never arrested or charged with a crime ... and the accuser eventually dropped her case.

So, when asked how he felt about the "Saturday Night Live" sketch, it probably wasn't a shock when he wrote, "That was a horrible impression."

Sharpe also publicly agreed with a fan who said, "@JayPharoah did was NOT FUNNY HE IS NO @FrankCaliendo He made it seem like you were not educated the way he was talking."