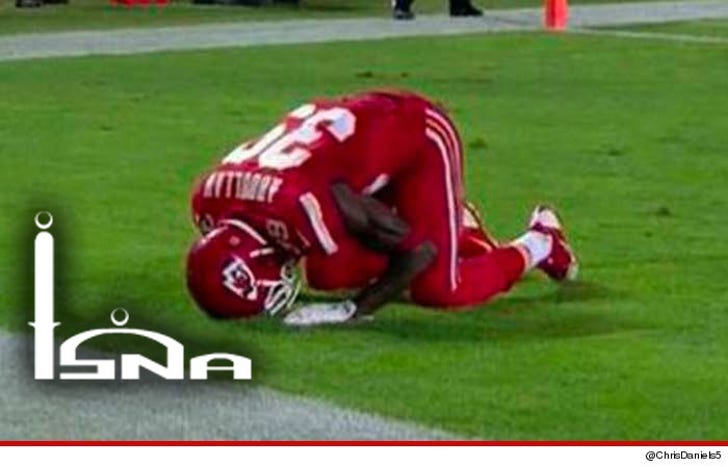 The largest Muslim organization in North America says it's offering "sensitivity training" to the NFL after a Muslim player was penalized for striking a Muslim prayer pose during Monday Night Football.

TMZ Sports spoke with a rep for Islamic Society of North America who tells us they were shocked when Kansas City Chiefs player Husain Abdullah was flagged after dropping to his knees following a pick 6 in the 4th quarter.

The NFL has since issued a statement admitting the ref botched the call -- and ISNA says it "appreciates the NFL in backtracking and making the right call."

ISNA says it originally believed the penalty was a "double standard" -- especially with Tim Tebow's famous kneeling celebration in the past going unflagged.

"Husain is a big hero in the Muslim American community ... we thought it was unfortunate."

But ISNA says they want to work WITH the NFL to make sure it doesn't happen again -- saying, "We are happy to educate the NFL with competency or sensitivity training."

As for Husain, the ISNA says it's very proud of the 29-year-old ... adding, "It's good to see a Muslim American player have success in the NFL."