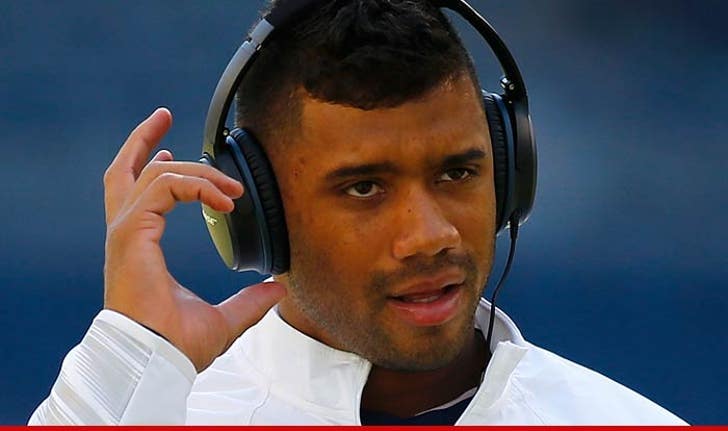 Seahawks QB Russell Wilson says he was a violent bully as a child -- and often beat up other kids BADLY -- but says he learned to curb his violent tendencies and says it's time other NFL stars did too.

Wilson just penned an article for ThePlayersTribune.com -- in an effort to address the domestic violence issues in the NFL.

In the article, Wilson writes:

"I used to beat people up. Truthfully, I used to beat people up a lot. Many of you readers probably think I have been Mr. Goody Two-Shoes my whole life, but honestly, I was a bully growing up. In elementary and middle school, I threw kids against the wall. I rubbed their heads in the dirt at recess. I bit them. I even knocked teeth out."

Long story short, Wilson says he found God and learned to confine his "aggressive behaviors" to the field. He's asking people to donate to the National Domestic Violence Hotline to support dom. violence victims across the country.

"I’m not a perfect person by any means. I’m just a recovering bully. But if we start being honest about our pain, our anger, and our shortcomings instead of pretending they don’t exist, then maybe we’ll leave the world a better place than we found it. For those of us in the NFL, there’s no excuse for violence off the field."