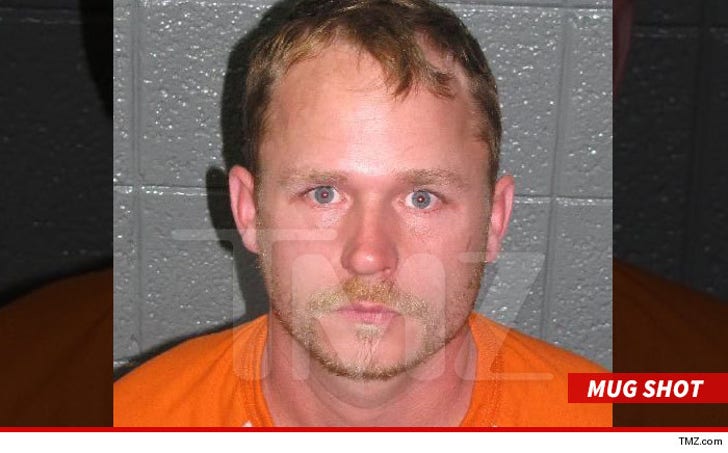 "Here Comes Honey Boo Boo" star Uncle Poodle was arrested Monday for allegedly vandalizing the car of his ex-boyfriend, but the love connection goes beyond just the two of them ... it's actually four people deep ... TMZ has learned.

Baldwin County Sheriff's officials tell us ... Poodle broke off a University of Georgia tag from the front of his ex's Dodge 1500 while it was parked last month in a Wal-Mart parking lot.

Now get this ... the ex was with his current boyfriend at the time of the incident. The two witnessed Poodle and his current fiancé driving away after the deed ... and Poodle's fiancé used to date Poodle's ex's new boyfriend.

Anyway ... Poodle was picked up and charged with trespassing and held on $1,000 bond. His hearing was scheduled to be held Monday afternoon -- at the time of this post, he's still in custody. 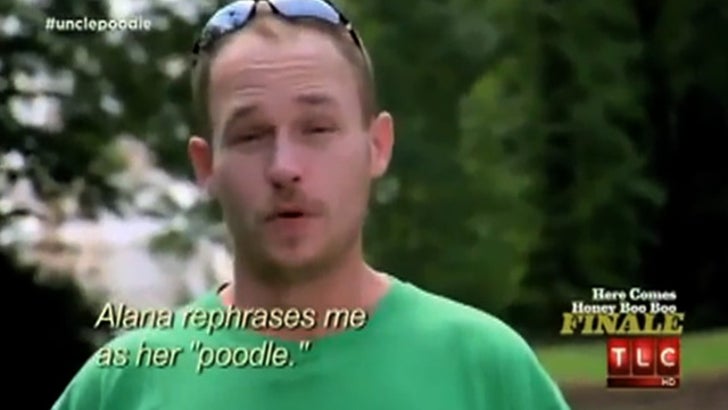