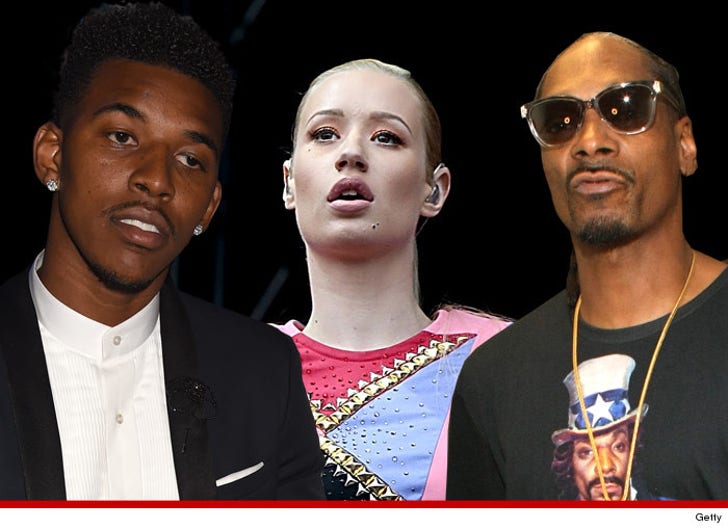 L.A. Lakers star Nick Young is finally stepping in to the war between his GF Iggy Azalea and Snoop -- calling the rapper a loser who's going through a "midlife crisis."

Snoop has been tormenting Iggy for days -- first making fun of the way she looks without makeup .... then comparing her to Marlon Wayans in "White Chicks."

Iggy fired back -- tweeting at Snoop that she didn't understand why he was being so mean to her. She also posted a pic comparing him to a "drugged out" old woman."

Finally, Young decided enough was enough -- and joined the fight on Twitter ... writing, "Ain't nobody worried about no SnoopLion .. This dude Just goin thru a midlife Crisis."

He added, "You Go get convertible yet . OG's out here losin."

We're guessing this war is far from over.