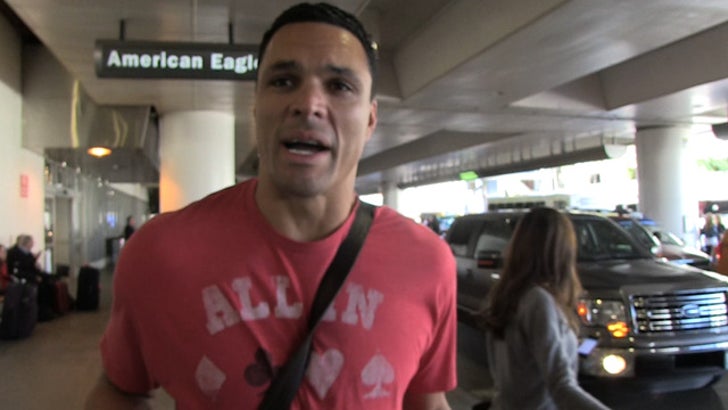 Bill Cowher did it. So did Herm Edwards and Jim Harbaugh ... but Tony Gonzalez says there's NO CHANCE he's gonna join that gang as the next NFL player-turned-coach.

The future Hall of Famer -- who still gets calls from NFL teams to come back and play -- arrived at LAX yesterday when we asked if he had gotten any calls to COACH as well.

Tony's response is classic ... and he makes it clear his future's on a set or in the broadcast booth -- not on the sidelines.