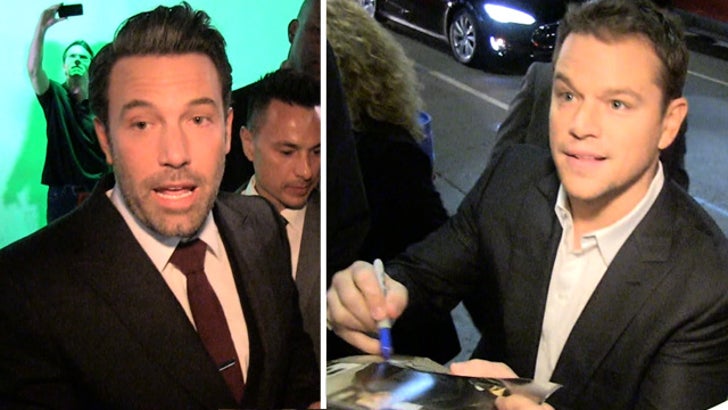 And here it is ... yet another tribute to #2 ... courtesy of Red Sox superfan Ben Affleck.

Ben was out at a "Project Greenlight" event on Sunset last night when we asked if he's GLAD the NY Yankees superstar finally called it quits this season.

And that's when Ben got mushy -- "I like Derek Jeter a lot. I have a lot of respect for Derek Jeter."

He added, "It's nice that we're not playing against him."

If Ben really wants to honor the guy ... he can buy Derek's game-used dirt for just under $400. Seriously.