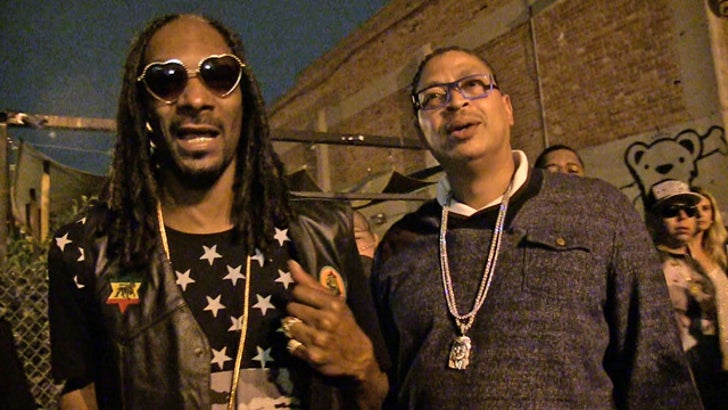 The Lakers GOT IT MADE ... so says Snoop Dogg, who had a strong opinion about what Charles Barkley should eat to celebrate the team's 1st win of the season -- ALLIGATOR SOUFFLE!

FYI -- last week, Barkley had said he was going to stop eating until the 0-5 Lakers finally won a game.

Well, the Lakers beat the Hornets on Sunday ... so on his way out of Supperclub in Hollywood, Snoop had a dinner recommendation for Sir Chuck.

So, what the hell is alligator souffle?

According to Urban Dictionary, it's more of a metaphor than a dish ... meaning, "A real pimp way of saying everything is lovely."

The phrase was popularized by rapper Special Ed in the 1989 track, "I Got It Made."