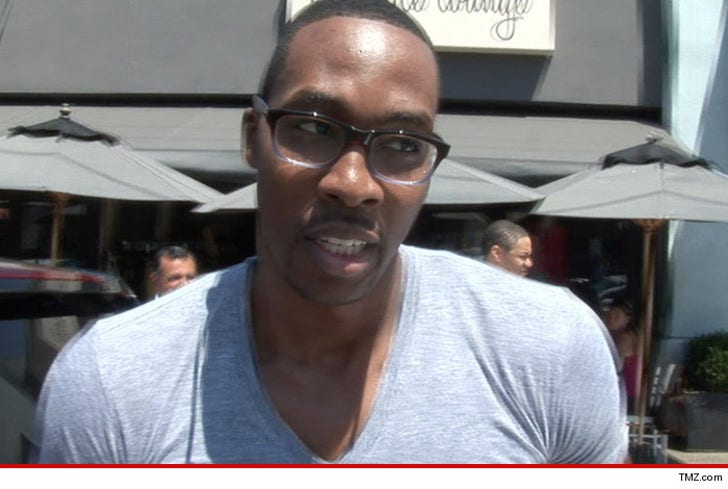 Dwight Howard was cleared of child abuse in Florida ... but now we know the doctor who examined his child determined the boy was hit with a belt buckle, struck with excessive force and was the victim of abuse.

As TMZ Sports previously reported ... Howard was investigated in Florida for hitting 6-year-old Braylon with a belt. Howard admitted to authorities he hit the kid but says he didn't know it was wrong because that's how he grew up.

TMZ Sports has obtained documents from the Dept. of Children and Families (DCF), summarizing the findings of the doctor who examined Braylon. It says, "Dr. Kesler noted Braylon to have a linear bruise and patterned abrasions consistent with the history given by Braylon of being struck with a belt numerous times by his father."

The report goes on to say the injuries were "consistent with Braylon being struck with the buckle end of the belt ... with excessive force, resulting in soft tissue injuries such as bruising and abrasions."

And the report indicates Dr. Kesler found the injuries lasted longer than 24 hours and were "consistent with a medical diagnosis of physical abuse."

And the doctor recommended that Howard participate in parenting classes and use methods other than corporal punishment to discipline his son.

DCF concluded the child abuse allegations were "not substantiated," but in Florida that means there is "credible evidence" of child abuse, but not enough to warrant action. What's curious is why the doctor's findings weren't enough.

Howard's people are lashing out at baby mama Royce Reed, saying, "It is appalling to see a mother use her son as a pawn against his father in an attempt to extract money, which is what is happening in this case."