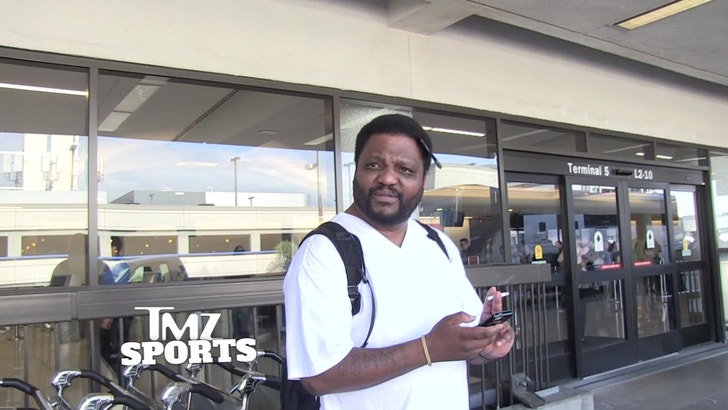 So, probably safe to assume Aries Spears won't be getting a Christmas card from Kobe Bryant this year ... because the former "MadTV" star says he HATES the Mamba (and all things Lakers) with a passion.

"I'm the biggest Laker hater in the world," Spears told us at LAX yesterday. "I don't like Kobe."

There's more ... Spears says Bryant doesn't have a shot to win another championship during his career ... which is why Michael Jordan will always be considered the greatest of all time.

"As long as Michael Jordan is breathing, he's got that spot locked ... SIX, BABY!"

BTW, this isn't the first time Spears has taken a shot at Kobe -- check out what he did on "MadTV" back in the day ...