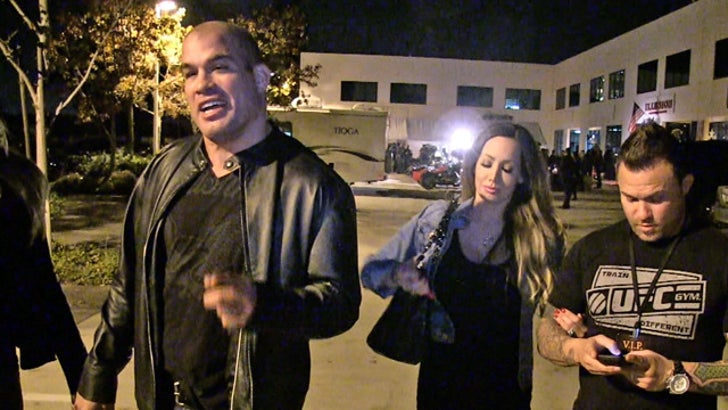 Didn't think we'd see this one coming ... but Tito Ortiz just fired off some COMPLIMENTS about his bitter rival Dana White -- praising the UFC boss for signing CM Punk.

For the record, Ortiz and White have been feuding for YEARS -- and the two got thiiis close to fighting it out in the ring back in 2007.

But despite the feud, Tito knows a good business decision when he sees it ... and told TMZ Sports that signing former WWE champ CM Punk is a solid move for the UFC.

The 39-year-old fighter also updated us on his own career -- saying he's finally calling it quits next year ... but there's one thing he wants to accomplish before he retires.