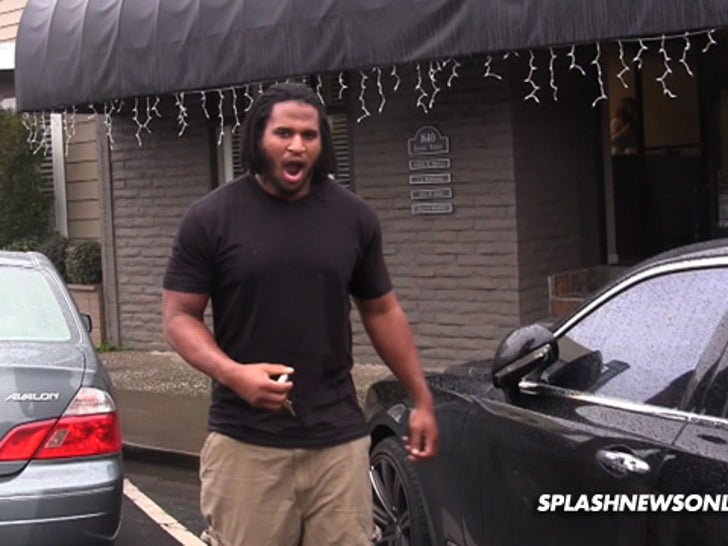 If Ray McDonald is pissed off about getting cut from the San Francisco 49ers -- he did a bang up job of hiding it outside his attorney's office.

The defensive lineman let out a massive yawn as he strolled to his car after meeting his lawyer in San Jose Friday -- 2 days after he was named a suspect in an alleged rape investigation ... and subsequently 86'd by the Niners.

Ray's pretty chill -- especially for a guy facing his second criminal investigation in 6 months, and suddenly out of work.

Watch ... Ray's got a friend with him who says new information will be "coming out soon." Unclear if he's talking about Ray's future in the NFL ... or the alleged rape case.